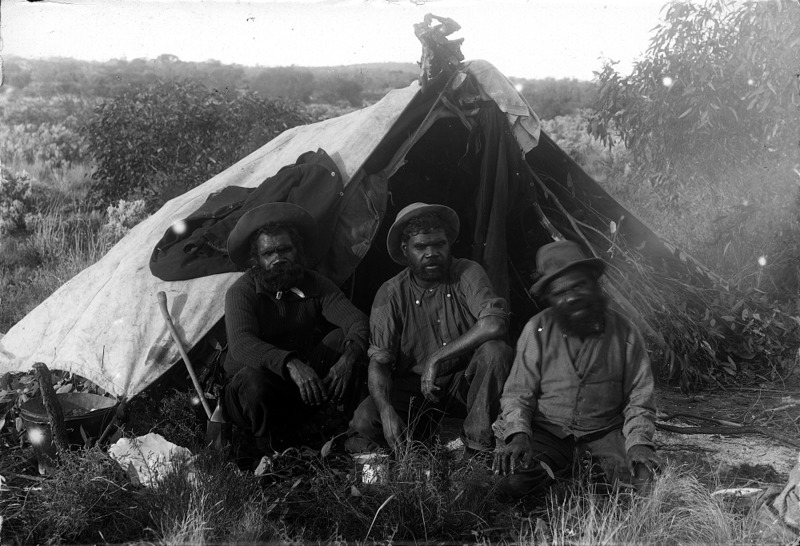 When Western Australia was granted responsible government, the British Colonial Secretary refused to hand over control of Aboriginal affairs because of the colony's poor reputation in its treatment of Aboriginal people. Since the arrival of white colonists in 1829, members of Western Australia's Aboriginal communities had been murdered, mistreated and exploited for the gain of the invaders.

Towards the end of the nineteenth century, the colonial government introduced a range of new discriminatory measures to control its Aboriginal and multiracial populations. More than half of the Aboriginal population of the south was of mixed descent at the turn of the century.

Laws were introduced to control the movements of Aboriginal people, and their ability to work and to associate freely. These laws also applied to northern Aboriginal people employed in the pastoral industry. The mixed-race population of the south was systematically excluded from white society. The 1886 'Aborigines Protection Act' deemed mixed-race people living with Aboriginal people to be 'natives', while the 1893 amendment to the Constitutional Act denied all Aboriginal people the franchise unless they owned a freehold estate valued at 50 pounds, effectively preventing nearly all Aboriginal Western Australians from voting.

Stories of exploitation had reached Britain causing outrage among social reformers. As a result, the Constitution granted to Western Australia in 1890 by Great Britain specified a minimum of 5000 pounds or 1% of the colonial gross revenue, whichever was greater, be given over to provide for Aboriginal people in the colony. This imposition caused much resentment among colonists and for nearly ten years John Forrest led a campaign against British control of the local Aboriginal population. He finally succeeded in 1897 when the 'Aborigines Act (Imperial)' repealed the financial provision and transferred Aboriginal affairs to the Western Australian Government.

Australians Together - In the name of protection A performance to mark the opening of the Coolgardie Railway