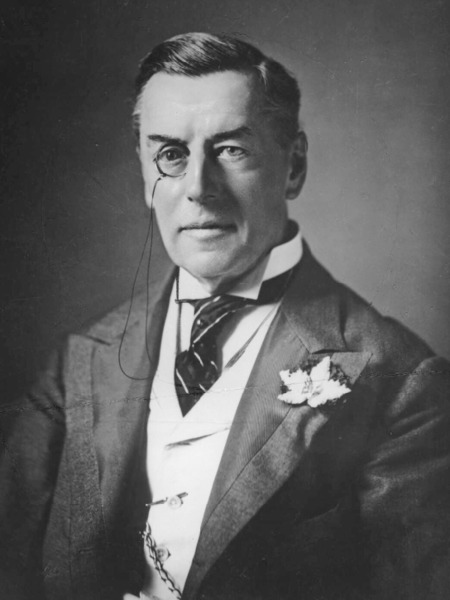 Joseph Chamberlain (1836-1914) was British Colonial Secretary from 1895 to 1903. He entered the British Parliament in 1876 as a Liberal. His sons Austen Chamberlain and Neville Chamberlain were also successful politicians, with Neville going on to become a Conservative Prime Minister of Great Britain.

In 1900 Joseph Chamberlain met with an Australian delegation sent to discuss the proposed Commonwealth Bill. Although the Constitution had been conceived and drafted by successive Australian Constitutional Conventions, the Constitution Bill still needed to be passed by the British Parliament before Australia could federate. Chamberlain opposed several key aspects of the Bill and there was much tension during the negotiations. 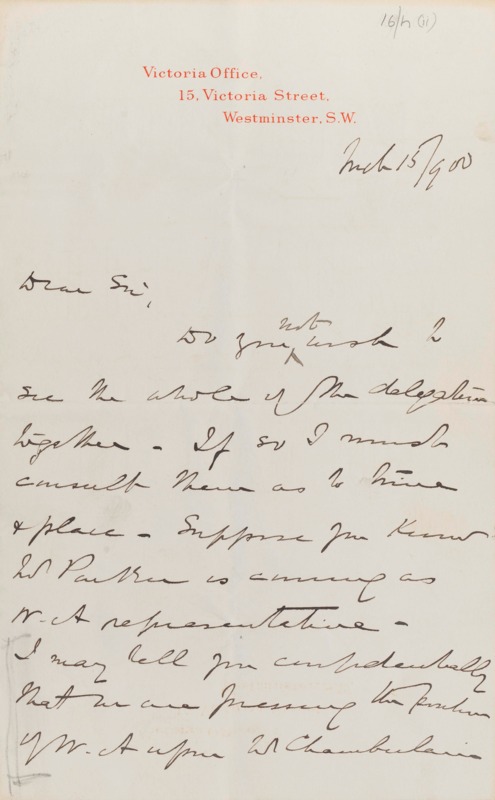