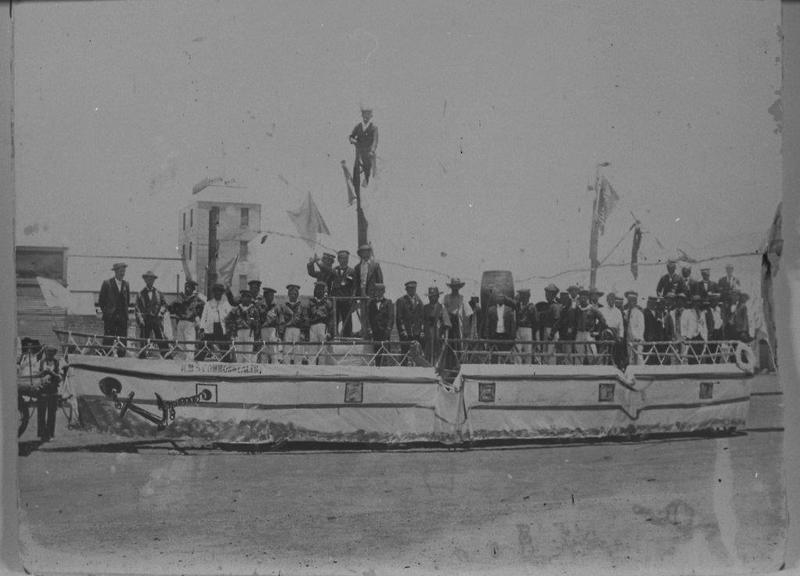 Across a land once virgin-good
A trail of greed and lust he leaves,
And o'er its virile nationhood
Degeneration's spell he weaves
To tempt our maidens and our wives
With many a tawdry, tinselled snare
To undersap their loyal lives,
The Alien comes -
BEWARE! BEWARE

This extract from the racist verse 'The Alien' is taken from Jarrahland Jingles (1908) by E.G. 'Dryblower' Murphy, the first book of poetry published in Western Australia by a local poet. His poems were often comical, sometimes lyrical, and always accessible to ordinary people, being regularly published in newspapers like the Coolgardie Miner, the West Australian, and the Sunday Times and enjoyed by thousands of readers.

'The Alien' reflects the popular prejudices and paranoia of the time. That some of the first Acts passed by the inaugural Federal Parliament in 1901 were intended to safeguard a White Australia by restricting the use of Kanak and coloured labour and regulating immigration on the basis of race, reflects the beliefs and values of the time. Certainly, in Western Australia, the institution of a 'White Australia Policy' was seen by most citizens as both sensible and prudent.

Racism was a natural part of Western Australian society at the time of Federation. Public figures like the editor of the Kalgoorlie Miner, John Kirwan worried about 'millions of Chinese or Asiatics [being] allowed to swarm over the vast Australian Continent', writing

"Without restriction race purity could not be maintained. The inhabitants of Australia would quickly become a mixed breed, inferior probably to the residents of Central and South America. Australians do not like to contemplate the prospects of their descendants after a couple of generations being tinted with Chinese or other Asiatic blood, and probably minus every British characteristic. There are thousands of half-caste Chinese, Javanese, Malays and Aborigines in Port Darwin and the Northern Towns of Queensland. Nowhere in Australia does vice and lawlessness flourish with greater freedom. The northern portion of Australia is indeed a warning to the people of the rest of the Continent against that race contamination which the indiscriminate admission of coloured immigrants would sooner or later inevitably bring about. In addition to this consideration Australians do not forget that Australia is the last of the world's great spaces that remain to be peopled. It is now held by what may be regarded as a white garrison numbering some three- and three-quarter millions of Europeans, whose mission is to preserve it as part of the British Empire for the surplus white people of Europe."

The new Federal Parliament moved immediately to institute a White Australia Policy. Many white people at the time held racist fears about interbreeding of people of different races and anticipated moral corruption. There was also a xenophobic fear of invasion from the north and the worry of cheap labour throwing white Australians out of work. The second Act passed by the new Parliament in 1901 was one to restrict immigration to Australia on the basis of race. Given the tone of letters to newspapers and of newspaper editorials, there is little doubt that Parliament reflected the mood and the will of the Australian people. It was clear that for non-whites living in Australia there was no room aboard the HMS Commonwealth.