Patrick (Paddy) Hannan (1840-1925) was a prospector whose gold discovery at Coolgardie in 1893, with partners Thomas Flannagan and Daniel O’Shea, set off a major gold rush. 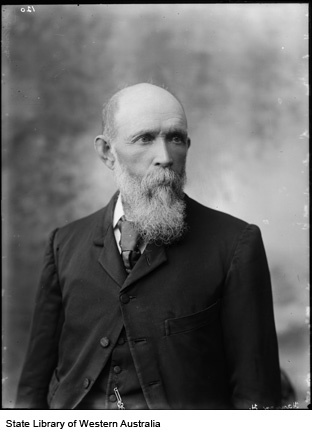 Hannan migrated from Ireland to the Victorian goldfields as a young man in the 1860s.

After several years of prospecting and mining in Victoria, New Zealand, and South Australia, Hannan tried his luck in the gold camps around Southern Cross and Coolgardie.

In June 1893, Hannan, Flanagan and O’Shea found gold worth the equivalent of several years wages in the space of a week near Mt Charlotte, east of Coolgardie. On 17 June, Hannan rode his horse to Coolgardie with about 100 ounces (3.1 kg) of gold and filed for a reward claim. By the end of June, around 1000 prospectors were at work in and around the new discovery at ‘Hannans’, which grew and became the twin towns of Kalgoorlie-Boulder.

Extracts from Paddy Hannan’s own account of the discovery were published in The Kalgoorlie Miner in 1898:

“My mate, Thomas Flannigan and myself left Coolgardie on June 7 1893.  This was a few days after a report had been received of a new discovery… other parties had gone straight in the direction of the reported discovery only to find the report had been a false one.  Coolgardie was getting very dull then, and a large number had started from there. Well on June 10 we got to the north end of Maritana Hill. There were a large number of men travelling all over the country then.  Only Bayley’s claim was working at Coolgardie, the alluvial having become exhausted just about the time I left. When we came to Mount Charlotte, my mate and I decided to stop and prospect the country round about, as we had found two colours of gold… We got gold more or less from the north end of Mount Charlotte to down south of Maritana Hill.  There was another man by the way – Dan O’Shea was his name – to whom we gave an equal share in our prospecting claim… Well I started for Coolgardie to apply for a prospecting claim. This was on June 17, and on the following day, the news of the find soon god abroad and people began to set out for Kalgoorlie. There was a good deal of excitement over the new rush, and there were 1400 or 1500 men in about a week …”
The Kalgoorlie Miner, Friday 17 June 1898. 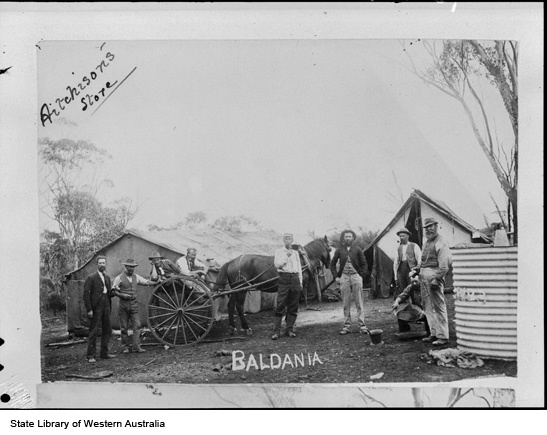