The presence of bauxite in Western Australia was known since 1912, but it was not commercialised until the Western Mining Corporation (primarily a gold producer) diversified and began bauxite exploration in 1957.

The discovery of bauxite in the Darling Range led to the establishment of Alcoa of Australia Limited and a mining industry around Jarrahdale in 1963.

During the 1970s, mining operations expanded to two other mines at Del Park and Huntly, east of Dwellingup. By 2000, Alcoa mined bauxite in just two locations - Huntly and Willowdale, producing six million tonnes of ore a year. The other main alumina producer, Worsley Alumina, mines bauxite at Boddington.

When mining for bauxite, about half a metre of topsoil is removed and conserved for later rehabilitation. The next one to two metres of bauxite is drilled and blasted for extraction. Once the ore has been broken, it is loaded onto haul trucks by excavators or front-end loaders and transported to primary crushers at the mines.

When mining began, Alcoa constructed the first alumina refinery in Western Australia at Kwinana in 1963. A second refinery was constructed at Pinjarra in 1972, followed by a third at Wagerup.

In 2015-16, alumina was Western Australia’s third most valuable mineral, earning just over $4.9 billion. 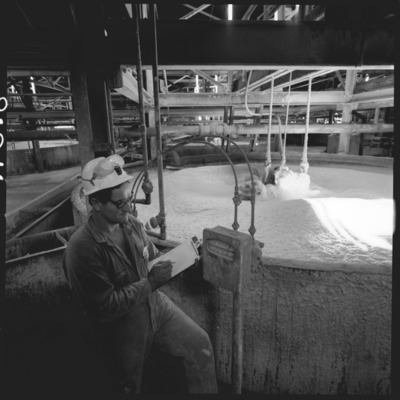 Men at work at Alcoa bauxite mine, Jarrahdale

Mining bauxite in the Darling Range for Alcoa

Darling Range bauxite is a low-grade ore with a content of more than 27% aluminium oxide, taking seven tonnes of bauxite to yield one tonne of aluminium. 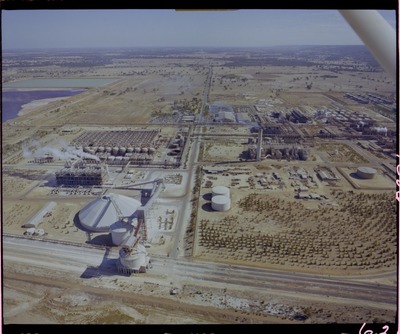 By 2000, the alumina refineries at Kwinana, Pinjarra and Wagerup had a combined capacity of 7.3 million tonnes a year, equivalent to some 16% of world demand.
Prev Next