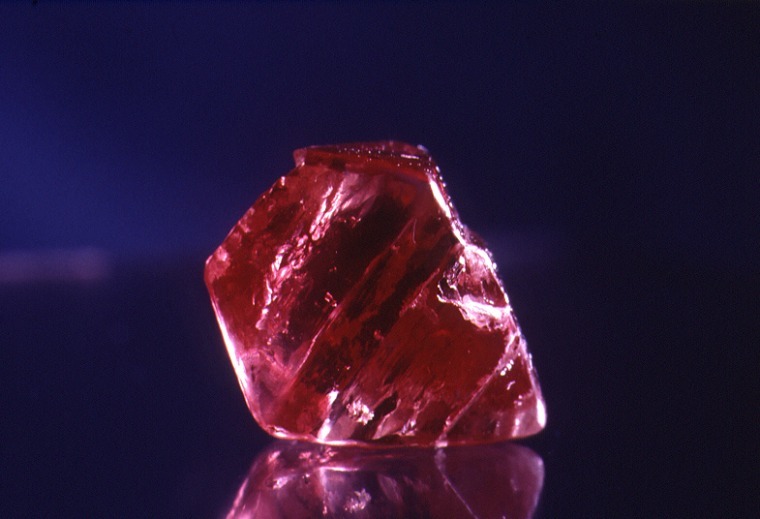 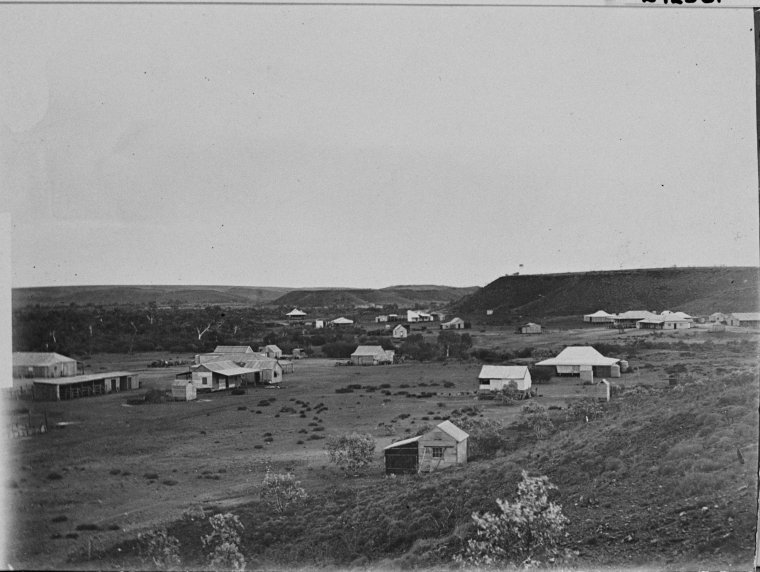 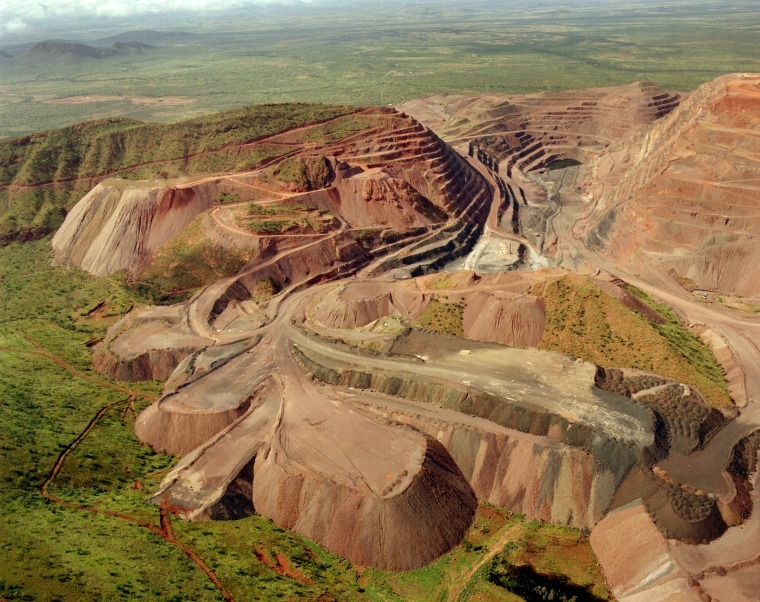 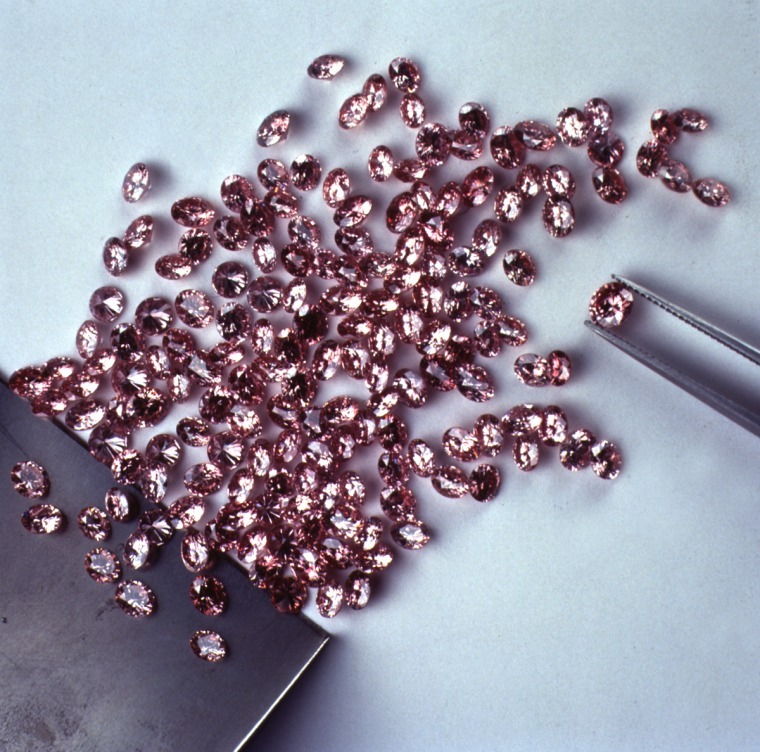 Diamonds found in 1895 at Nullagine in the Pilbara  were not sufficient to support a diamond mining industry. It was not until extensive exploration began in the Kimberley in 1972 that significant deposits were discovered.

The Argyle Diamond Mine used conventional alluvial and open pit mining from 1983-2013, producing more than 800 million carats of diamonds. In 2013, a new method, block cave mining, allowed mining at a greater depth. With this technique, the ore body is undercut, allowing it to break up and ‘cave’ under its own weight. The decision to construct a block cave mine followed extensive studies into the safest and most economical way to reach deep into Argyle’s ore body. The technologically advanced underground operation is the first of its type in Western Australia, extending the life of the Argyle mine until at least 2020, generating on average 20 million carats per year.

The Argyle underground mine has around 40 kilometres of tunnels. The main thoroughfare in the underground network has four tunnels, two to carry vehicles, one for ventilation and one for moving ore. Two large underground crushers and conveyor belts transport the ore from deep in the mine to the surface.

Argyle produces diamonds in a range of colours, including purple, grey, green, white, brown (champagne or cognac), blue, red and pink. Most are sold as rough or uncut diamonds, which are sorted and prepared for international sale in Antwerp. The Argyle mine is the world's primary source of rare pink diamonds. 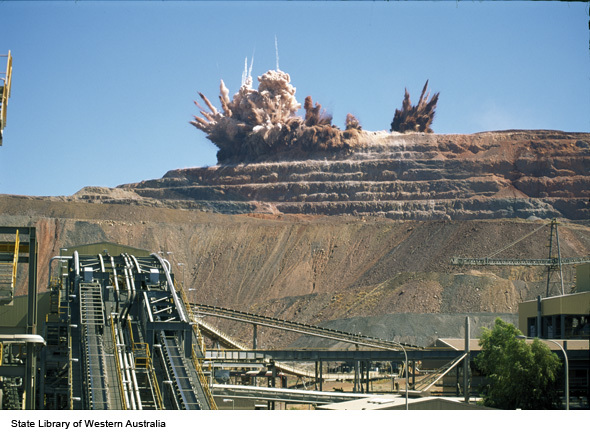 Explosion at Argyle Diamond Mine 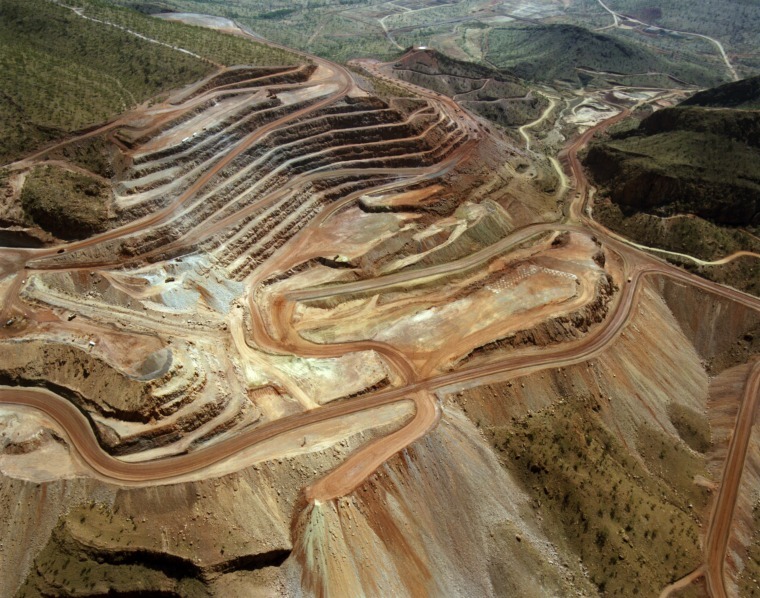 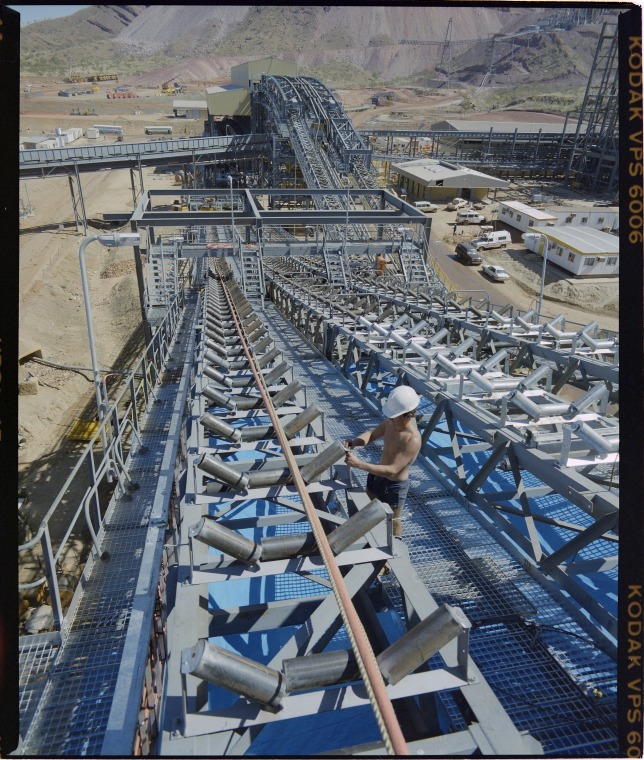 Diamonds are mined from volcanic pipes, which are deep, narrow cones of either kimberlite or lamproite, formed by violent eruptions of deep-origin volcanoes. Production began around the Argyle pipe in 1983. 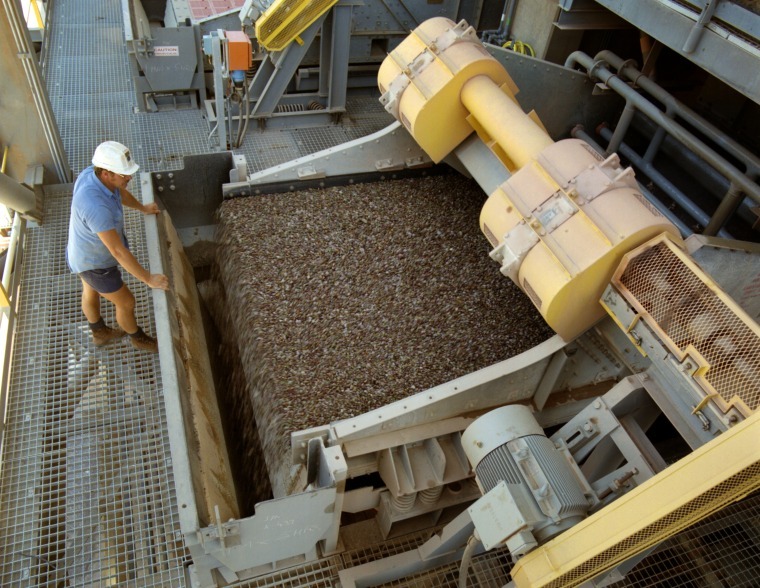 When Argyle was established, it was apparent that purpose-designed processing machinery would be needed to recover and sort the high volume of characteristically small stones produced by the mine. This included sophisticated X-ray sorting technology to assist in the efficient identification and collection of the small diamonds. Today, the Argyle processing plant is one of the most efficient in the world, capable of processing up to 11 million tonnes of ore per annum.
Prev Next