Extensive iron ore deposits were identified around Western Australia in the 1800s, but they were regarded as worthless without nearby coal. While small deposits east of Perth were mined around 1899, the industry only started to evolve with later mining in the far north and the Pilbara. 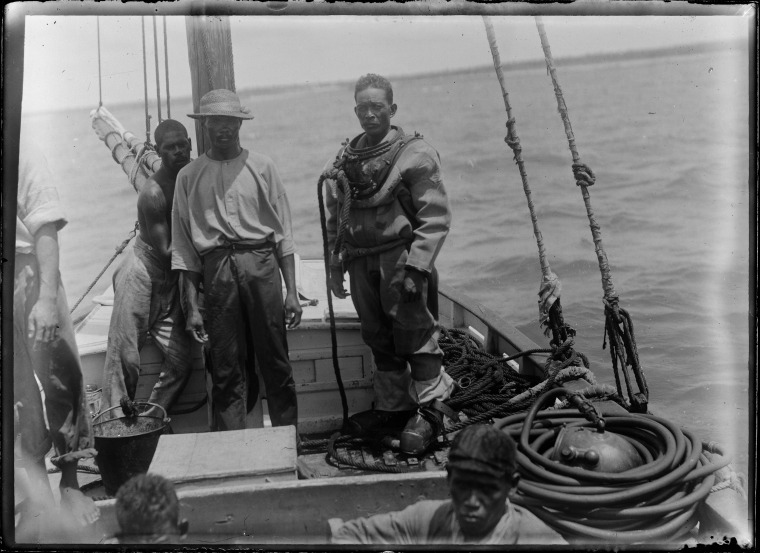 Pearl diver and other crew on pearl lugger, possibly near Broome

From the mid-1800s pearlers had begun to use ironstone from the beaches of Yampi Sound as ballast in their vessels. 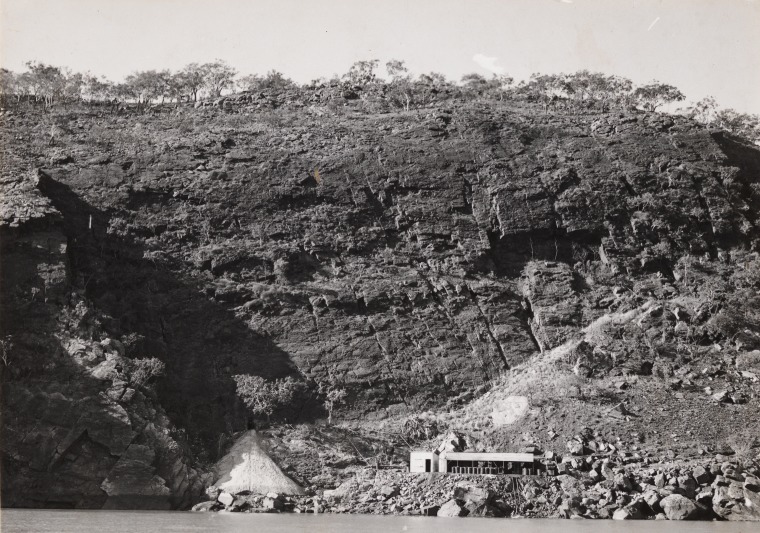 In 1927 the Hosking Brothers leased Cockatoo Island, however the first load of ore didn't ship from there until 1951. 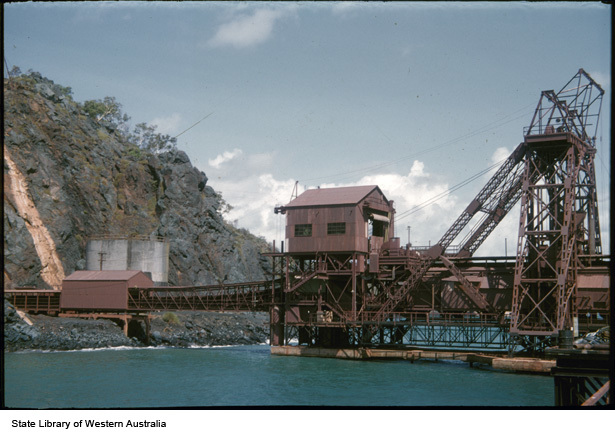 Significant iron ore production began in 1951 when Broken Hill Proprietary (BHP) was granted the known deposits at Cockatoo and Koolan Islands. BHP was later granted further leases including Koolyanobbing, which was added in 1966 as part of an overall agreement to establish a steel rolling mill at Kwinana.

In 1907, small-scale mining began on Koolan Island, an island off the Kimberly coast; large-scale mining was first attemped by the Yampi Sound Mining Company during the 1930s. In 1936 the company announced their intention to supply iron ore to Japan. Before an export industry could be established, the Commonwealth government embargoed all exports of iron ore in 1938. The embargo was an attempt to protect national interests against a militaristic pre-World War II Japan.

Iron ore was mined on Koolan Island for domestic use in a small charcoal-iron plant established by the state government at Wundowie in mid-1940s. The nature and scale of ore extraction increased dramatically during the 1950s and 1960s. 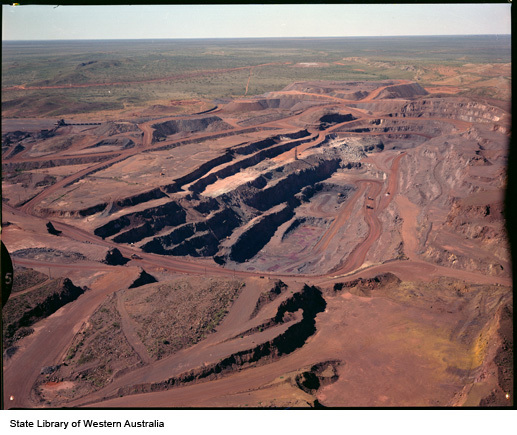 Aerial photographs of the iron mine at Mt Goldsworthy 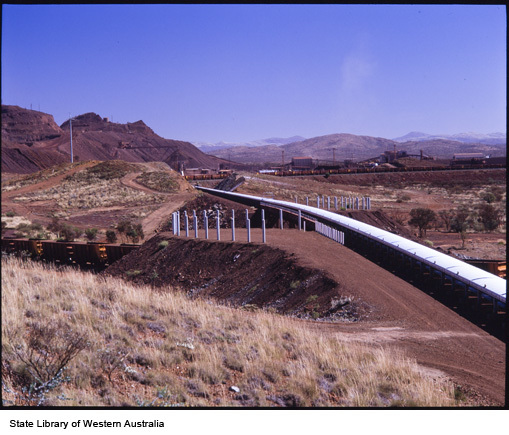 Iron ore conveyor belt from the Channar Iron Mine to Paraburdoo 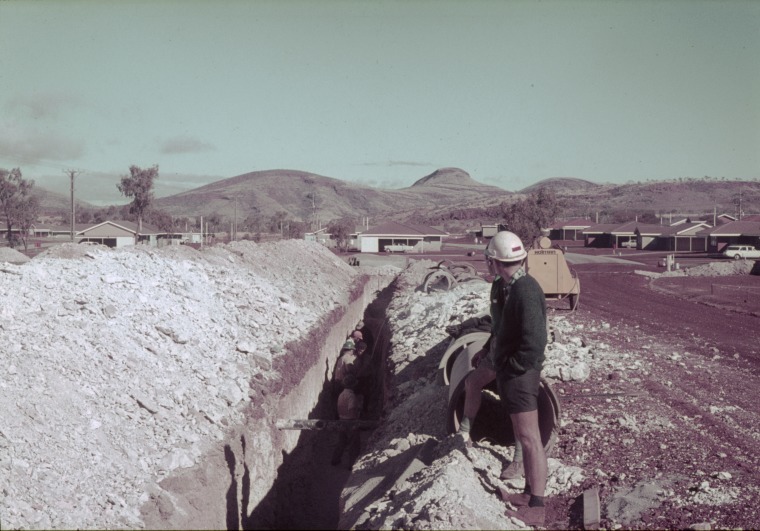 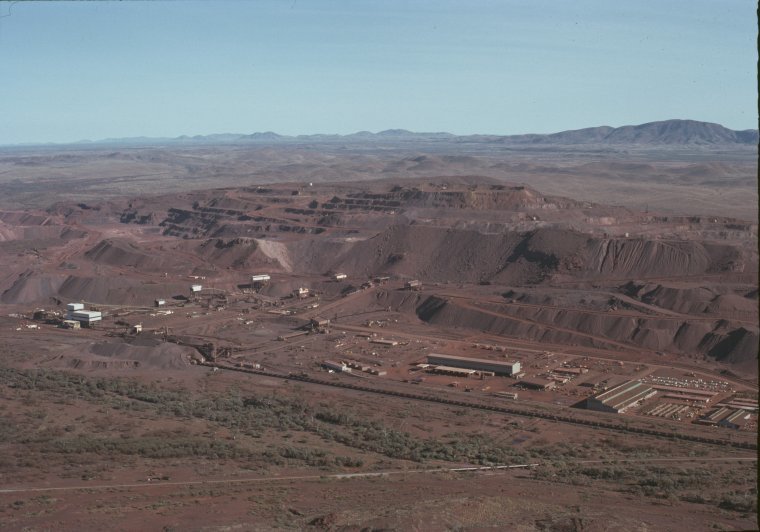 Mt Whaleback and the Mt Newman Mining Co. mine

The Goldsworthy deposit was identified in 1938 and extensively surveyed in the 1950s by the Mines Department. The promise of extensive iron ore deposits in the region supported the state government's lobbying of the federal government to end the export embargo. In 1960, the Commonwealth government partially lifted the embargo on exporting iron ore to Japan.

In calling for tenders to develop the Goldsworthy deposit, the government also invited further exploration for iron ore.  Significant deposits of iron ore were found and production soon began at Goldsworthy, Tom Price and Newman (all 1969), Pannawonica (1972) and Paraburdoo (1973).

By the end of the 1960s, iron ore was generating enough wealth that Western Australia was able to stop applying for money from the Commonwealth Grants Commission.

From 1980 to 2000, further mine developments allowed the major companies to expand production and extend the life of existing mines. The opening of the Yarrie mine in 1993 extended the Goldsworthy operations, and in September 1994, Portman Mining began exporting iron ore from the re-opened Koolyanobbing mine. 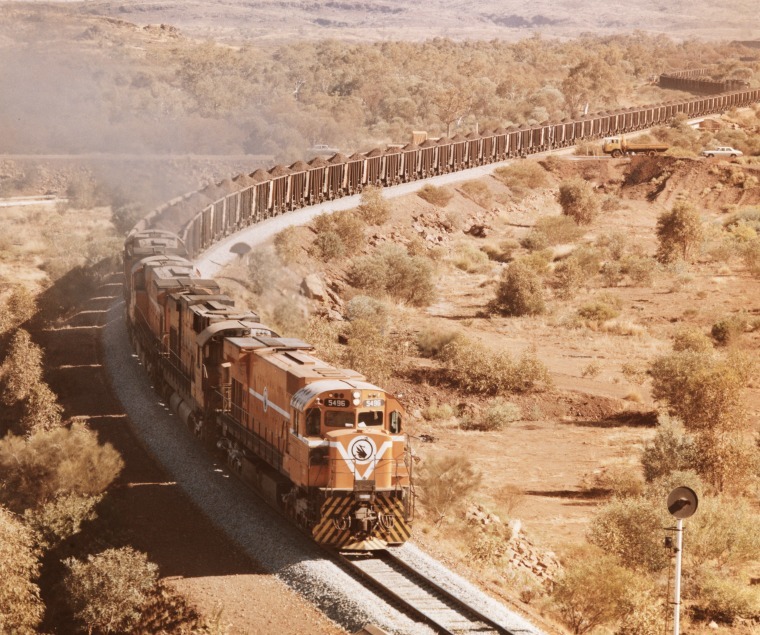 While iron ore could be easily shipped from Yampi Sound, the mines at Tom Price, Paraburdoo, Pannawonica, Goldsworthy and Newman required railways to link them to the ports of Dampier, Cape Lambert and Port Hedland. 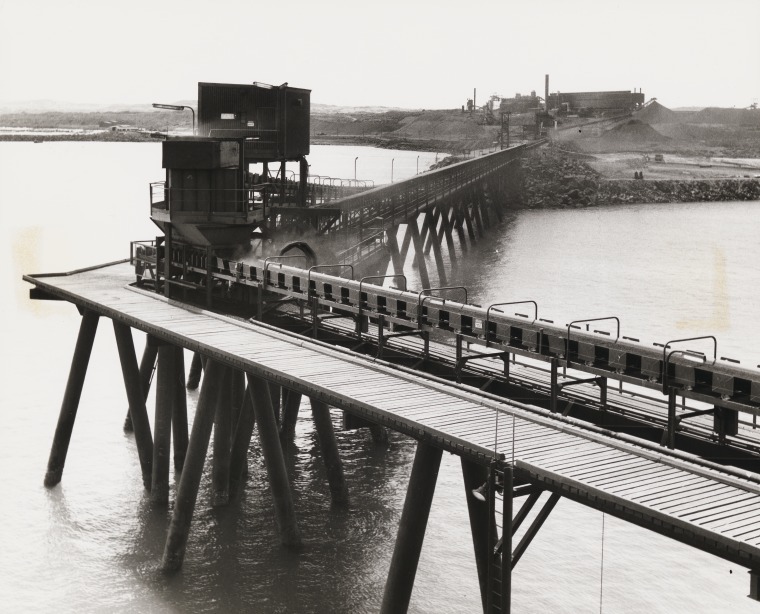 Significant improvements to the port facilities enabled the handling of millions of tonnes of ore, extracted from huge open cut mines. 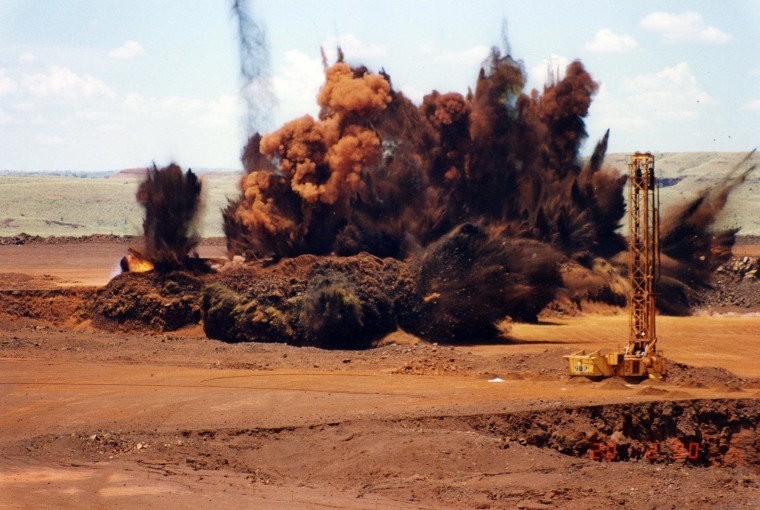 Blasting at Pannawonica Mine