Small amounts of manganese ore have been produced in the Peak Hill area since the 1920s, however, the industry didn't really take off until 1948. Manganese was considered a strategic resource because it was vital for making steel. For this reason, exports were initially restricted.

Manganese production in both areas came from small, high-grade surface deposits. Operations ceased in the 1970s due to depletion of high grade ore, high transport costs, and the availability of cheap ore from the Northern Territory.

From 1989, manganese was extracted from the mine dumps at the Woodie Woodie mine in the East Pilbara. Portman Mining reopened the mine in 1990 and by 1999 the industry was worth $13,000,000. Woodie Woodie ceased production in 2016 due to the low price of manganese on world markets. The mine was bought by Ningxia Tianyuan Manganese Industry Company (TMI) in 2017 and Woodie Woodie was scheduled to reopen. 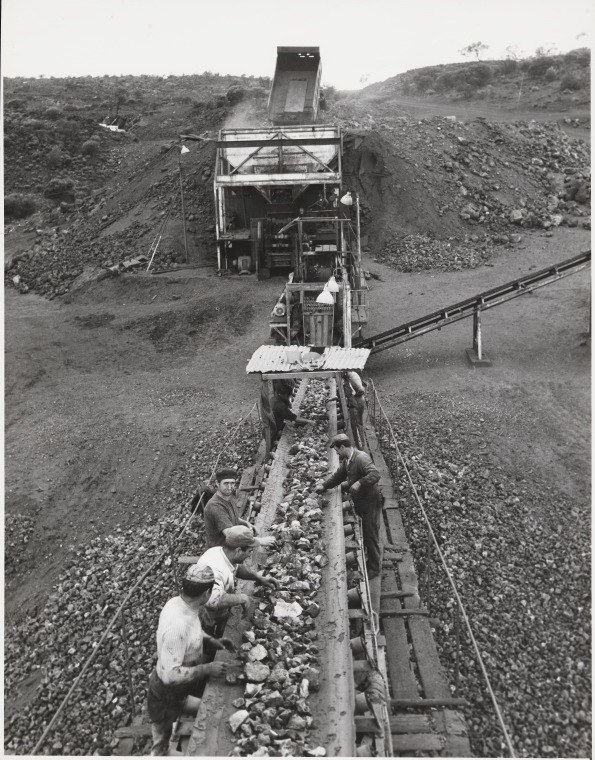