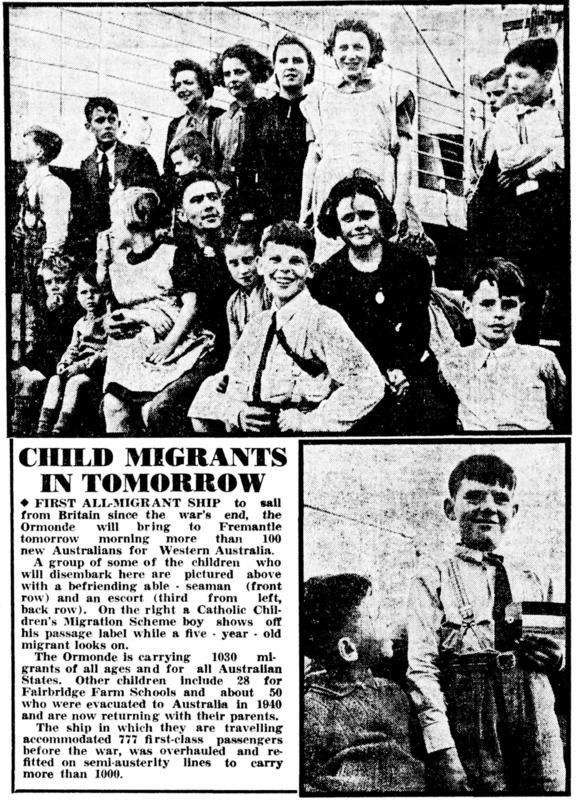 FIRST ALL-MIGRANT SHIP to sailfrom Britain since the war's end, the
Ormonde will bring to Fremantle
tomorrow morning more than 100
new Australians for Western Australia.
A group of some of the children who
will disembark here are pictured above
with a befriending able - seaman (front
row) and an escort (third from left,
back row). On the right a Catholic Chil-
dren's Migration Scheme boy shows off
his passage label while a five - year - old
migrant looks on.
The Ormonde is carrying 1030 mi-
grants of all ages and for all Australian
States. Other children include 28 for
Fairbridge Farm Schools and about 50
who were evacuated to Australia in 1940
and are now returning with their parents.
The ship in which they are travelling
accommodated 777 first-class passengers
before the war, was overhauled and re-
fitted on semi-austerity lines to carry
more than 1000.