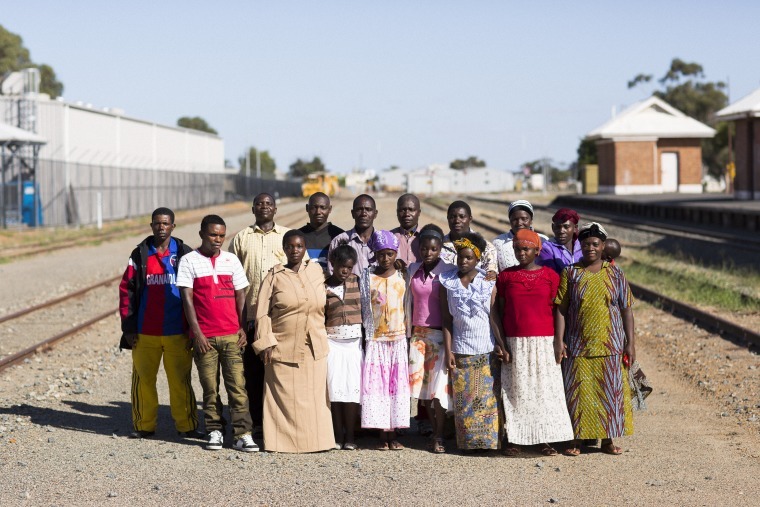 For personal use only. To publish or display, contact the State Library of Western Australia.


The Twa people are a small ethnic group originally from Burundi who fled their homeland in the 1990s because of ethnic persecution. They lived in refugee camps in Tanzania for many years before being relocated to Australia as refugees. They have settled in Katanning to create a new life for themselves. A large part of their culture revolves around music and singing and they have formed the Burundi Band and Peace Choir. They are Christians and use the space at the local church and the old railway station to gather and perform, worship and practice. This selection of photographs shows individuals, family and community groups in and around their homes, at church, at the local pool, in town, rehearsing and performing.