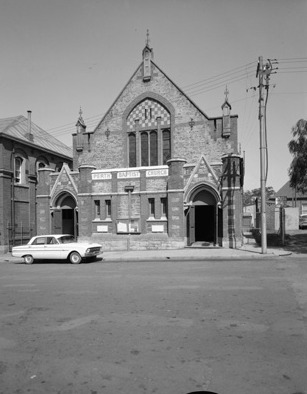 Signs of the past

Find the plaque on the Alexander Library building exterior which pictures the Perth Baptist Church. Sometimes plaques are the only clues to the former presence of now demolished buildings. Sometimes there are no clues at all.

The Alexander Library building highlights how some layers of history are more obscured or hidden.

The Perth Baptist Church was completed on this site in 1899. It was demolished in 1979 to make way for the Alexander Library Building/ State Library when a ‘government order’ took control of the land in this area. The foundation stone for the church is incorporated within  the library building.

The Alexander Library Building was opened on the 18th June 1985. The building was named after Western Australian historian and former member of the Library Board, Fred Alexander. It houses the State Library of WA, the J.S. Battye Library and the State Records Office.

Why do you think some buildings are preserved and others are demolished?