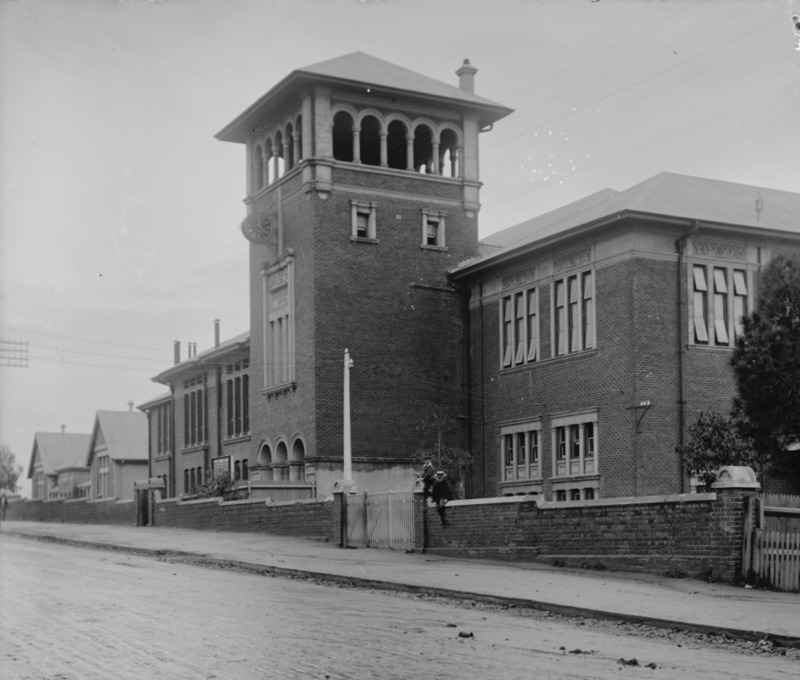 Look up to see the highest point of this building.  Can you imagine hearing the school bell in the tower ringing? Can you picture students hurrying to class after recess or lunch?

This building, which now houses the Perth Institute of Contemporary Arts (PICA), was once the Perth Boys’ and Girls’ School. It was one of several schools, known collectively as Perth Central School, established on this site between 1877 and 1914.  By 1936, it was solely a Boys’ School, as a new Girls’ School had been built in East Perth.

It became a Boys’ High School in 1947 and, by 1959, with new high schools opening in the suburbs, it closed and became the Perth Technical College. Since 1991 PICA has resided inside.

Why do you think this building is no longer used as a school or college?

The distinctive red-bricks make this building a landmark and visible from many different angles in the Perth Cultural Centre. Walk around the building to see the windows into former classrooms.