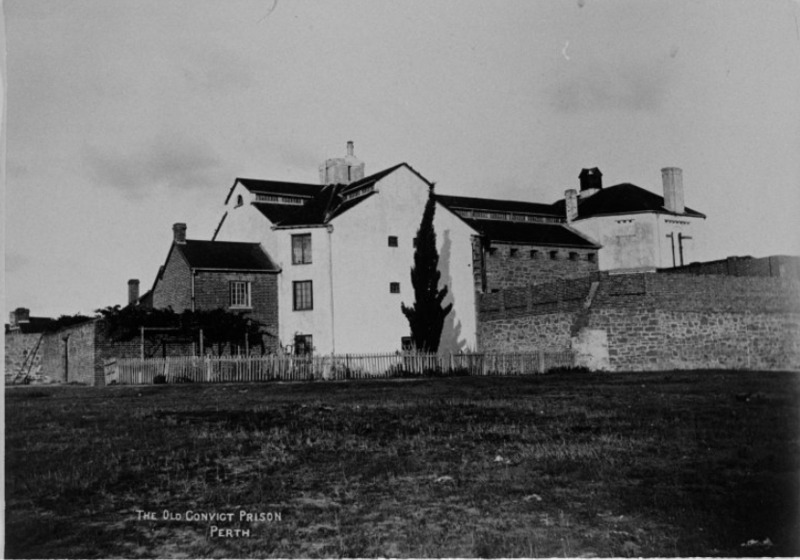 Today the Old Perth Gaol is a prominent landmark within the WA Museum  Boola  Bardip  complex.  Feel the grainy texture of the hand-cut limestone bricks. This building's exterior has been largely preserved amidst surrounding change.

The Gaol was constructed between 1854 and 1856 to house transported convicts. Convict labor was used to meet the growing infrastructure needs of the Colony. This structure contained a chapel, cells, a basement, gaoler’s quarters and a prison yard, where executions took place. The building was a functional prison for 33 years. It was then a courthouse and was used by various police departments. It became the Geological Museum by 1891 and, a year later, the Perth Museum.

Now the building is part of Boola Bardip.

Why do you think the Gaol has been preserved? How might this building be important in the future?

Go inside the Gaol.  What parts of the building provide you with clues of its former purpose?