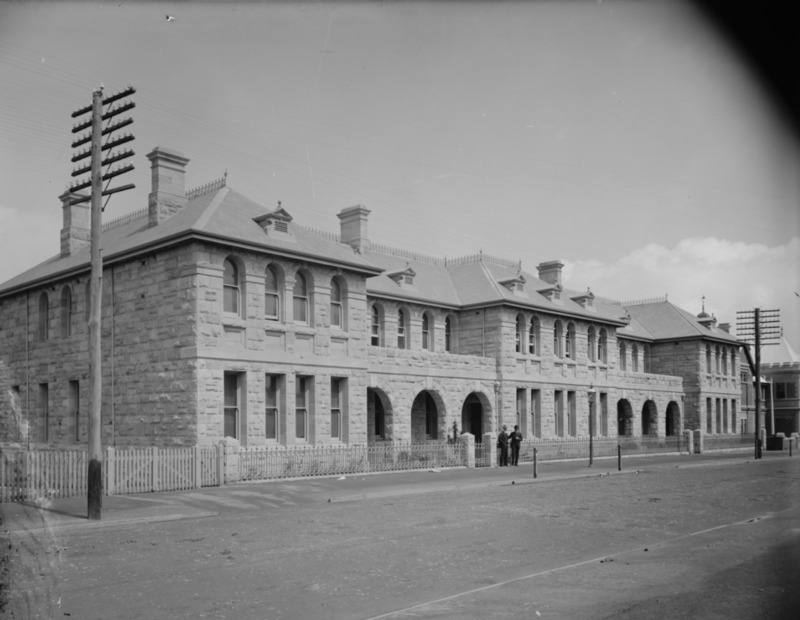 Can you imagine sleeping inside this building? Known as the Old Police Barracks, this building was built during the Gold Boom of the 1890s to provide lodging for single policemen. The first floor consisted of dormitories and bathrooms for the officers, and the ground floor contained a mess-room, kitchen, library, recreation room. There was also additional residential accommodation for the sub-inspector in charge.

The Police Courts opened on 17th July 1905 when there was an increase in the types of crimes handled by a court of Petty Sessions (a court presided over by a judge). The courts remained in use until 1982.

Now part of the Art Gallery of WA, the Old Police Barracks and Police Court are examples of how building use and functions can change over time.

Perth has a reputation as a city of 'booms and busts", meaning that its economy has experienced rapid prosperity followed by rapid downturns. The ‘boom and bust’ cycle is reflected in Perth’s architectural heritage. Can you think of any other examples of buildings from the Gold Rush? Why do you think this building might have been preserved during “busts”?

Go inside the Art Gallery and visit the centenary galleries to see the Police Court room which remains in situ.