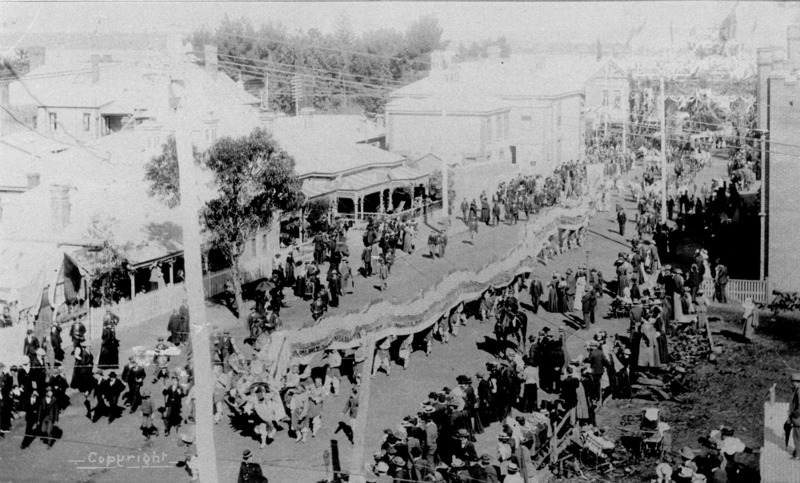 Few Western Australians saw Federation as a radical break from Britain and the significance of creating a new nation was downplayed by many. As the Western Australian Federal League limply argued "federation makes us practically a self-governing nation".

Australian nationalism operated within the constraints of Imperial identity. As colonists, Australians were strangers in a strange land, holding on to a British identity in the face of the continent's indigenous people and their Asian neighbours. Little wonder that among the first actions of a fledgling nation were the exclusion and denial of its native inhabitants and the introduction of a White Australia Policy.

As in the other Australian colonies, endemic racism, coupled with enthusiasm for the monarchy, were at the core of a Western Australian identity, which was further shaped by the colonists' sense of isolation.

For t'othersiders living in the goldfields their emotional connection with the eastern colonies, and with Victoria in particular, found expression in the belief in an Australian identity. Among the sandgropers, a Western Australian identity was linked directly with ideas of Empire.

Interestingly, the enthusiastic celebrations surrounding the visit of the Duke and Duchess of Cornwall and York in 1901, who were officially visiting Australia to open the inaugural Federal Parliament in Melbourne, make no reference to the Commonwealth. The Royal Visit was an Imperial and a Western Australian one.

Redflag - The forging of Australian nationalism