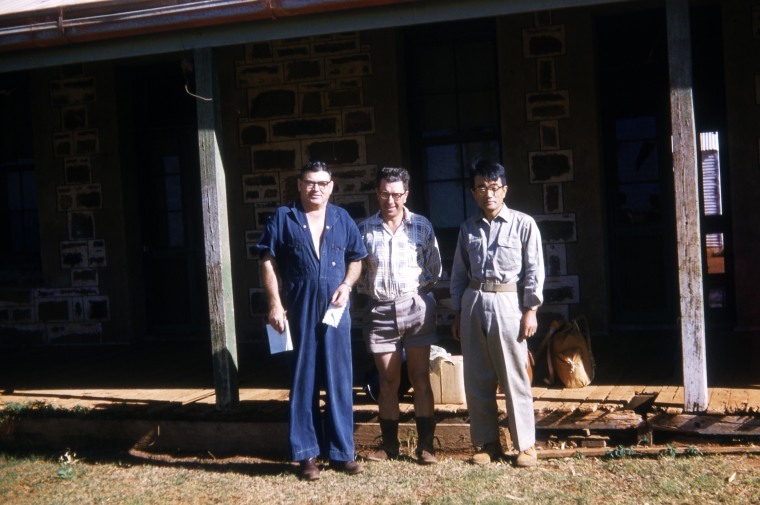 In 1952, Hancock spotted a black outcrop of iron ore while flying his small aircraft over the Hamersley Range above the Turner River and Boolgeeda Creek. At this time, the Commonwealth Government had a long-standing embargo on the export of iron ore. Once the embargo was lifted in 1960, Lang worked to attract national and international interest in developing the Pilbara’s mining industry.

In 1963, Hancock and his partner Peter Wright signed an agreement with British company Rio Tinto (whose local operating entity was called Hamersley Iron Pty Ltd) for royalties of 2.5% of the value of all ore mined in perpetuity. This applied not only to the deposits that they had found, but others that would later be exploited by the company. The royalties were to be the source of Hancock’s eventual wealth.

While Hancock’s dream of owning an iron-ore mine was never realised in his lifetime, his daughter, Gina Rinehart, is the Chair of Hancock Prospecting which operates the Hope Downs and Roy Hill mines in the Pilbara. 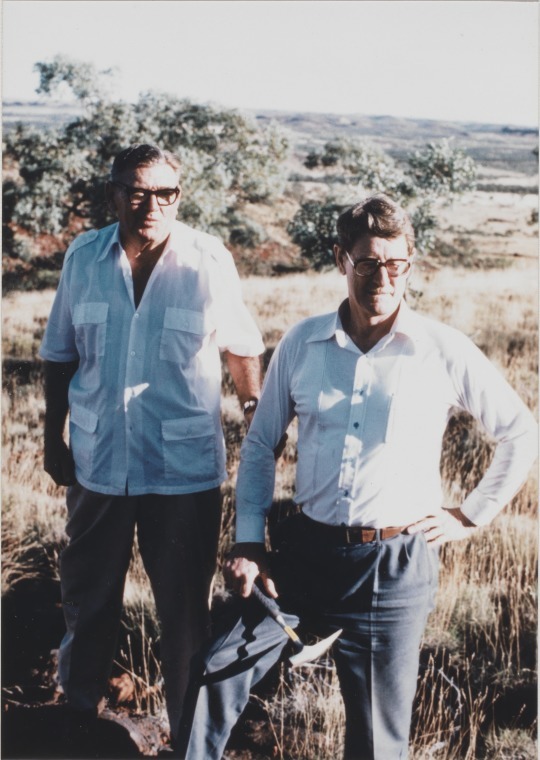 Lang Hancock and Rus Madigan in the Pilbara, May 1980